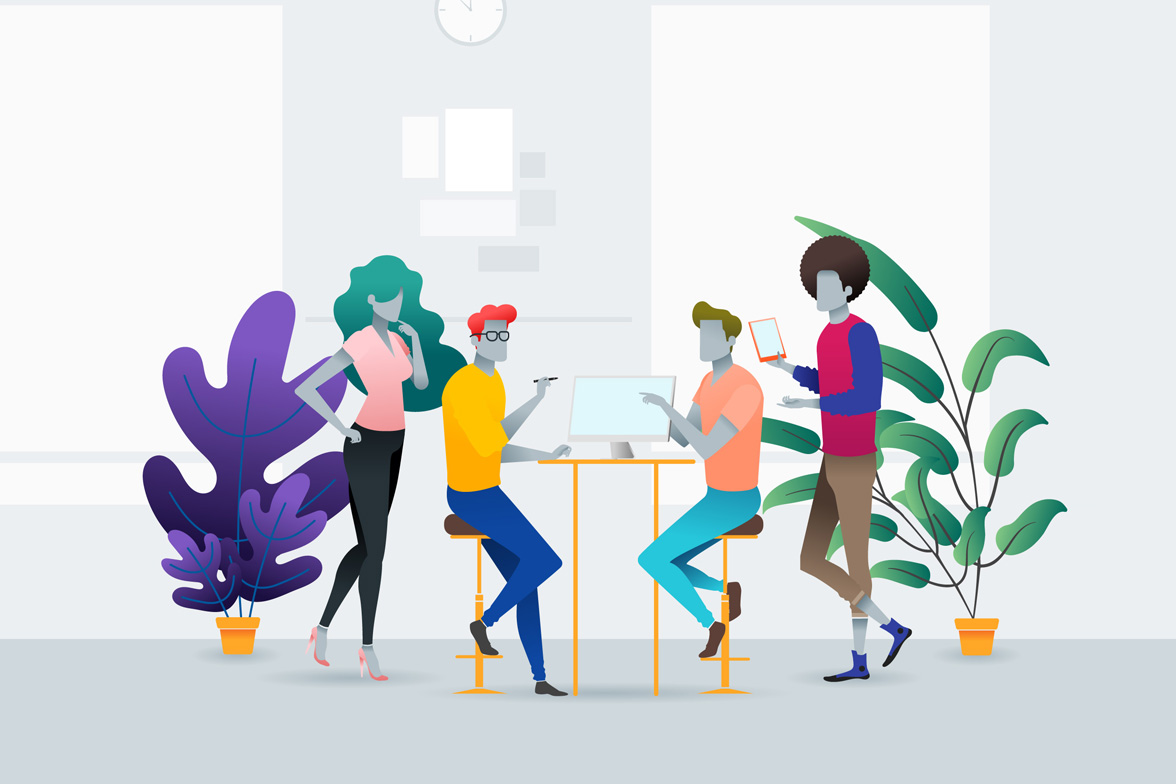 The Silicon Prairie Social was puh-ACK-ed…. bursting at the seams packed. Turns out there’s a lot of technology geeks in the west burbs and apparently, we’re a hungry bunch. The food seemed to run out pretty quickly. The bar was a trifle hard to get to due to the crowds, though the beers were being passed around in abundance and I saw a couple people two fisting their Rolling Rocks pretty early in the evening. Overall, there seemed to be a whole lot of networking happening and the place was rife with recruiters, so if you’re shopping for a gig it would be a good idea to catch the next event.

As you entered there was the standard “Hello, my name is…” sticky badge for your name (I had to restrain myself from nicking the cool comfy grip hot pink Sharpie… I’ve never seen one before and I want one now), but then they also had sticky badges that said “I Know…” and “I Need…”. Of course, you had some smartasses walking around with “I Need… a girlfriend” and “I Know… lots of stuff”, and then there were people who felt this was a good place to write a tome about their wealth of experience in what could be considered a -5 pt font. (Little tip from cshel — boil it down to 5 or less words and WRITE BIG — otherwise you get people leaning in *awfully*close and squinting at your chestal region to read your sticker).

Speaking of stickers and chests, my feeble attempt at cleverness for the evening was putting my “I Know… SEO” sticker on my back. The logic there was that if I’m already talking to someone and someone else is walking past, they’re more likely to be able to read something on my back rather than something stuck to the front of my shirt. Also, and this is probably more of a girl issue to consider, there is only so much front-of-shirt real estate available for stickers unless you want to look like you’re trying to make a sticker faux-bikini.

People I saw or met at the event…

So, to wrap it up… I thought it was a great event and I look forward to the next one!

Previous Post Going to the Silicon Prairie Social? I am.
Next Post Holy Mackerel! You call that SEO?