I was talking with a friend yesterday who was freaking out about his step-daughter’s new MySpace account. Apparently, the daughter had only had the account open for the afternoon and already there was “some 31 year old man” trying to pick her up.

Me: How do you know there’s a 31 year old man trying to pick her up?

Him: He’s in her contact list as her “friend”. He’s 31. She’s a teenager. What else could he possibly want to talk to her for? Knitting lessons?

Me: It seems odd that some random dude would ask her to be his friend like that. Did she put up a risque picture of herself or something?

Him: No, she doesn’t have any pictures up there yet. 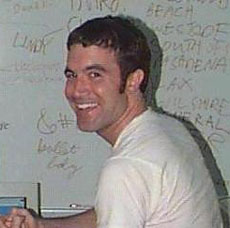 So it turns out Tom is just Tom and not some pervy, old dude looking to score with a little high school girl. After I explained the function of the default friend, he was no longer wanting to strangle poor Tom.

What struck me about this conversation wasn’t so much that the protective parent was worried about some creepy man trying to put the moves on his daughter, but more that this protective parent works in computers and had never heard of Tom, nor was he familiar with how social media in general works. With as much coverage as Web 2.0 gets, and as often as MySpace and Facebook make the headlines in the news, both business and otherwise, you would think that everyone in America would be able to explain what those services are, how they work, or at least what the point of the whole thing is… but they can’t.

The general public only vaguely recognizes those brand names, and couldn’t begin to tell you what the heck they are or what their function is. (Example: Tried to tell my family about installing Pligg over Christmas break… What’s Pligg? It’s a Digg clone. What’s Digg? Um, you haven’t heard of Digg? No. Really?)

The unconverted are saying the same things about social media right now, and I think (I hope) at some point, they’ll begin to grok the utility and non-perverse nature of these types of services.

Until then, though, perhaps “Tom” should make more of an effort to clarify that he’s not friending little girls so he can put the moves on them. 😉