So I’m back-back from SES Chicago now. I say “back-back” as opposed to just “back” because I technically got “back” on Friday night. I’m only now awake and rested (and it’s 10:00p Saturday). Apparently, I can’t party like a college kid for 5 days straight anymore without falling into a coma for at least 18 hours. But I’m better now… and there were no major ill-effects from the drunken debauchery to report.

The trip was very productive, and in addition to giving away another 200 of my new business cards (200 down, 800 to go!), I met a lot of cool new people, a lot of people that I’d only spoken w/ online before this, and I got to meet a bunch of people who I’ve only spoken to online before AND live within an hour of my house.

Fun facts that I learned: 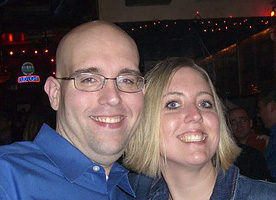 I would like to heartily thank Andrea (planetAndrea) and Shoemoney (as seen here) for letting me hang out with their group and especially for letting me crash with Andrea all week so I didn’t have to worry about driving back and forth between the conference and my house out in the suburbs. It was a total blast to party with the rockstars for a week 🙂 Thank you!

Why Keeping That Old Domain is Important